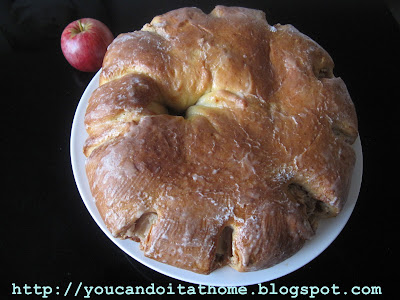 The March 2011 Daring Baker’s Challenge was hosted by Ria of Ria’s Collection and Jamie of Life’s a Feast. Ria and Jamie challenged The Daring Bakers to bake a yeasted Meringue Coffee Cake.
When I saw this month’s DB Challenge, I first thought that it was some kind of cake. But it turned out to be sweet bread and I was happy to bake another different bread and add another bread recipe in my repertoire.
This particular coffee bread is filled with meringue and other nuts and dried fruits or any filling combinations. Daring Baker participants can vary their own fillings and/or flavour of the bread. The beauty of Daring Baker’s Challenge is that members can make numerous variations from the same recipes. It is always interesting to see DB members’ creativeness and imagination. 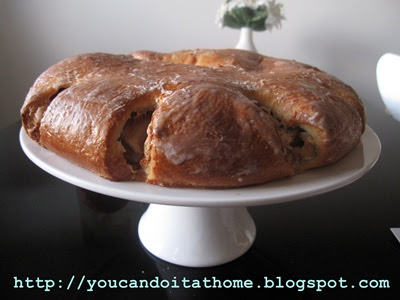 I have never thought of putting meringue as a filling in bread. It was a nice surprise to see that it worked nicely. Meringue filling made the bread interior moist. It was hardly noticeable that there’s meringue filling in there.
The filling that I had in mind was apple and walnuts. I like to cook with whatever in season. Though apple is available year-round, its season is actually autumn. To me, when apple starts to appear at the farmers’ market, it’s the sign that summer is almost over and autumn is just around the corner.
I bought some of royal gala apple from our local farmers’ market, which is held every 1st Saturday of each month. The apples were fresh, juicy and slightly tart which were perfect for the filling. 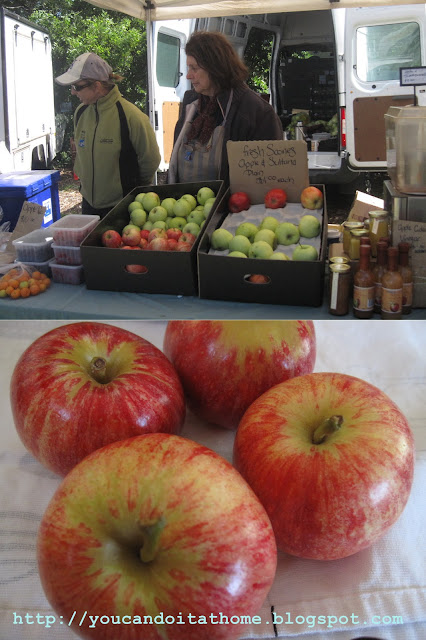 I cooked apples the way I would have with apple tart filling, peeled, cored thinly sliced and sautéed in small amount of butter and a bit of lemon juice until they were soft.
This bread was lovely. I generally like bread with filling. The meringue filling gave nice flavour and moisture to the crumb. It was perfect for afternoon tea (maybe that’s why it’s called Coffee Cake, something to have with coffee, probably).
The recipe came from The Daring Baker’s Challenge, with my own filling adaptation.

make one 10-inch round coffee cake

1 egg (or left over yolk from meringue is fine)
1 tablespoon milk
Method:

Making coffee cake dough:
In a large mixing bowl, combine 1 ½ cups (230 g) of the flour, the sugar, salt and yeast.
In a saucepan, combine the milk, water and butter and heat over medium heat until warm and the butter is just melted.
With an electric mixer on low speed, gradually add the warm liquid to the flour/yeast mixture, beating until well blended. Increase mixer speed to medium and beat 2 minutes. Add the eggs and 1/2 cup (70 g) flour and beat for 2 more minutes.
Turn the dough out onto a floured surface and knead the dough for 8 to 10 minutes until the dough is soft, smooth, and elastic, keeping the work surface floured and adding extra flour as needed.
Place the dough in a lightly greased bowl, turning to coat all sides. Cover the bowl with plastic wrap or bag and let it rise until doubled in size, 45 – 60 minutes.
Making the apple walnut filling:
Melt butter in a small heavy-base fry pan. Put apples in the pan and cooking over medium heat until they are soft. Stir occasionally.
Remove the pan from heat, stir through walnut and cinnamon powder. Set aside. 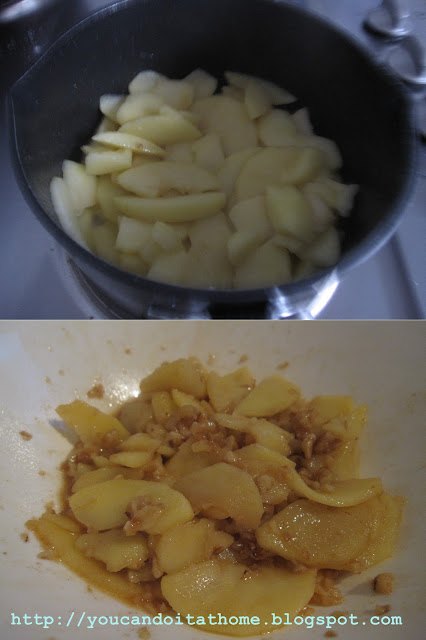 Once the dough is doubled in size, make the meringue:
Put egg white in a mixing bowl, whip the egg white with salt. Start from the low speed for 30 seconds, then increase to the highest speed and continue beating until it is soft peak. Add vanilla.  Gradually add sugar, one tablespoon at a time. Whip egg white until stiff peak. The egg white will be glossy and will stand on its own when you lift the beater up, or it won’t flow when you tip the bowl upside down.
Assemble coffee cake:
Ling a baking pan with baking mat or parchment paper.
Take the bread dough out  onto the floured bench. Degas the dough by patting it few times. Roll the dough into rectangle approximately 50 x 25 cm.
Spread meringue over the rectangle, leaving 1.5 cm from the edges, all sides.
Put apples and walnuts on top of the meringue. 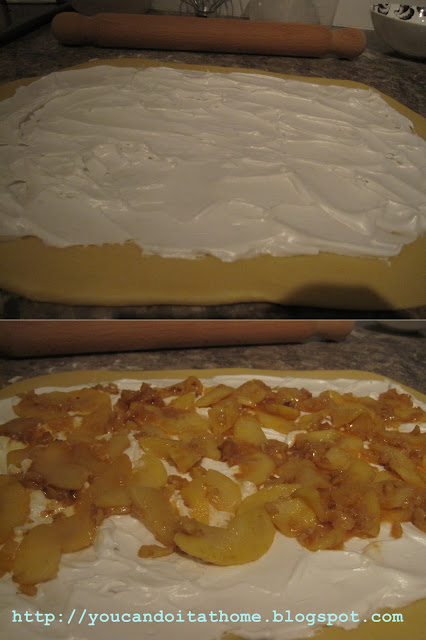 Roll the dough on the longer side into jelly-roll. Pinch the ends of the roll to enclose the fillings.
Transfer the roll onto the baking sheet, with the seam side down. Bring two ends to meet each other to create a ring shape, and seal the ends.
Using scissors or serrated knife, make 2-cm incisions around the ring, with 5-cm interval between each incision.
Cover the coffee cake with plastic bag and let it rise again for 45 – 60 minutes, until almost doubled in size.
Preheat oven to 180C.
Brush the surface of coffee cake with egg wash before baking. Bake for 25-min until it is well-browned.
Optional – Brush the hot coffee cake with icing sugar glaze.