I've been wanting to try making the french bread, baguette, for ages. It's been on my list of things I want to try making. Other things on my long list are bagels, green-tea bread, eclair, tuile, chocolate fruit bread, chinese cream buns, french sponge cake (genoise sponge), biscotti, coconut icecream,... The list can go on and on...and it's only getting bigger every day. So much I want to try, so little time.
Finally, the day has arrived. It was a wet and cold weekend. It was the day to stay in and really let the oven on at its highest heat...to warm my place up. 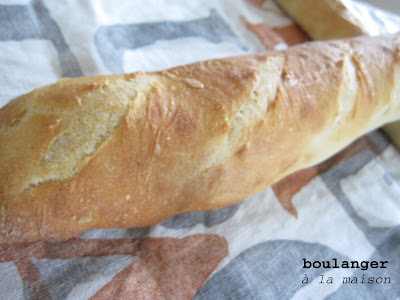 I decided to make a baguette, poolish style from Jeffrey Hamelman's Bread cookbook﻿. I also wanted to try making bread by strictly following the temperature suggested in the book and used my new thermometer that I bought last week.
I followed Hamelman's mixing temperature guideline in the book by taking into account the four temperatures, i.e. flour temp, room temp, poolish temp and water temp. I kneaded the dough by hands. I added the friction temperature of 20F into the formula, which I think the friction from my hand kneading was actually around 10F. At the end of kneading, my dough temperature only reached 68F. At least, I can used this information for my next bread making.
My first attempt went alright. There were some mishaps with the shaping, transferring the dough onto the baking pan, and bread scoring. The bread doesn't look too badly. The taste, however, is quite nice.
I watched a VDO from YouTube that I found very useful. Hamelman also included the baguette shaping intruction in the book but I found it's quite hard to understand from the text. It's much easier to see the shaping in action and I can practice as I'm watching them.
Here is the link to the video. http://www.youtube.com/watch?v=OI-WstoakmQ.
Baguette poolish style recipe
makes 2 baguettes
Poolish
bread flour 150g
water 172 ml
yeast 1/16 teaspoon, instant dry


Make poolish: Mixing yeast in the water , add flour and mix until smooth. Cover the bowl with plastic wrap and stand at room temperature for 12-16 hours.


Make the final dough:  Add all the ingredients into mixing bowl, including poolish. Mix the ingredients until it comes together as a ball (5-10 mins by hand, first speed in the mixer for 3 mins). Leave the dough to autolyse (cover and leave at room temperature for 30-60 mins).

Continue kneading for another 15-20 mins by hand or second speed in the mixer for 3-4 mins. You will feel the dough texture changed from shaggy mass into shiny, smooth, cohesive mass. The dough is quite wet. If kneading by hand, you will need to keep you hand wet by dipping them into water. 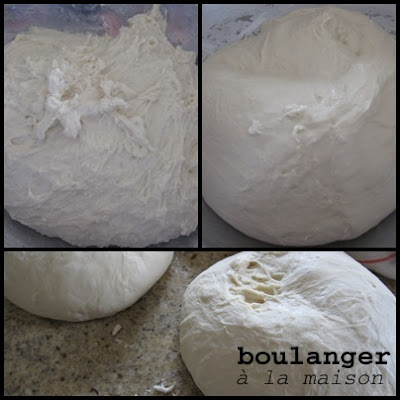 "you can see the different dough texture before and after the gluten has developed from autolyse and kneading from the top two pictures. "
Put the dough into a well-oiled bowl and cover with plastic wrap or bag and bulk ferment it at room temperature for 2 hours, with one fold after 1 hour.

Proof the baguette on a couche, seems size up, cover with plastic, proof for 1-1.5 hrs or until almost double in size. 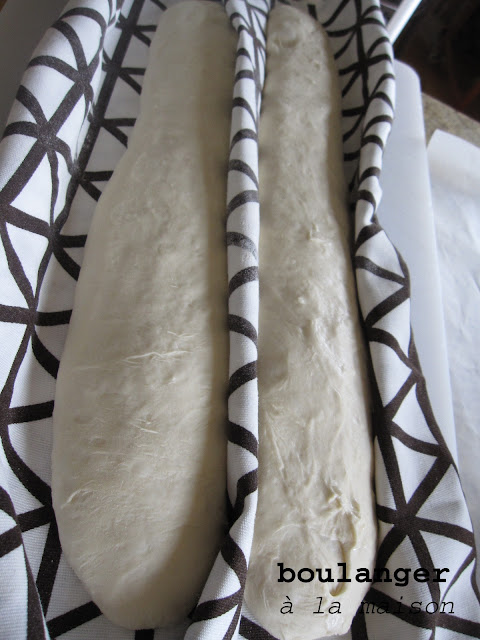 "my home-made couche from cutain peices sold at IKEA"
Baking with normal steam, at 235c (460F) for 24 or 26 mins. Turn the tray around half way through the bake.

And voila...my first ever baguettes. There are still plenty of rooms for improvement, especially in the shaping and scoring departments:) Anyhow, I'm quite happy with the finished products for my first attempt. 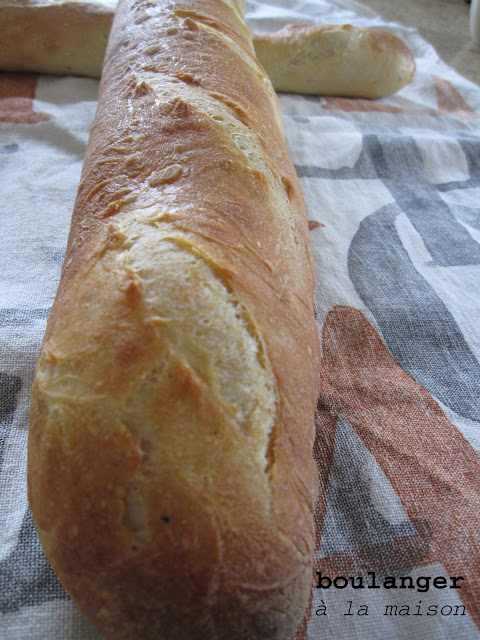 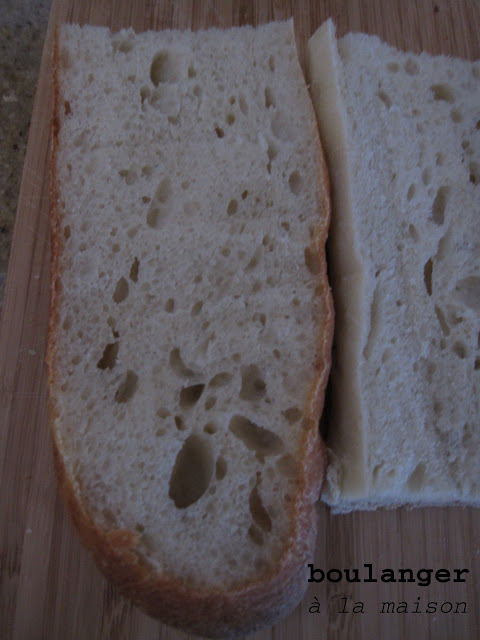 And they were the perfect matches to our dinner, a big bowl of steamed mussels with white wine. 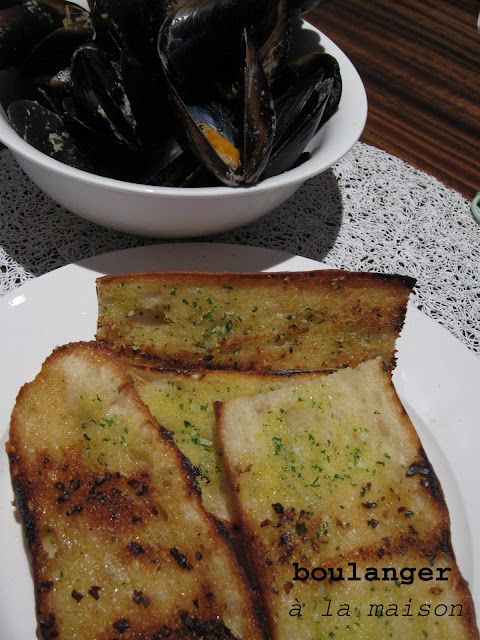 Also, a nice complement to broccoli sour cream soup with walnut and proscuitto...yummy and healthy! 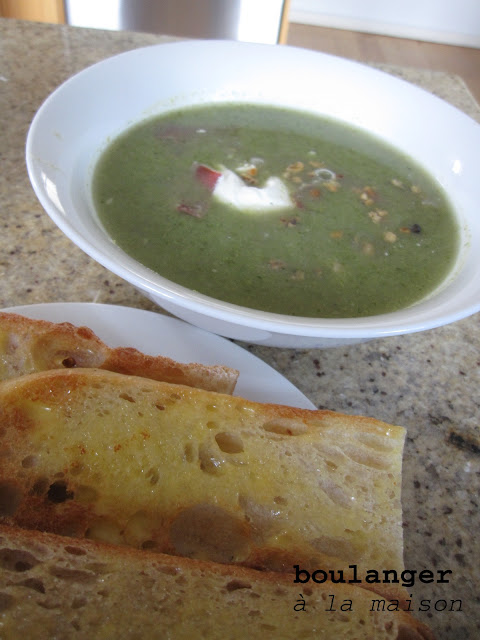 Things I've learnt from this bake: